Thinking of becoming a Charity Trustee? Do you know what personal liability you could be taking on? 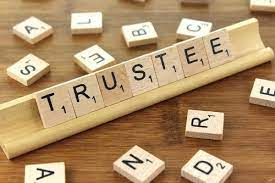 Becoming a charity Trustee is a way to give back to your local community, and use your skills (both personal and often professional) to benefit others. Perceptions of what a Trustee does can be quite different, ranging from being responsible for day-to-day operational matters to cutting ribbons at the church fete! Whilst that may be true in some cases, what is certain is that it should always involve a group of responsible people, with a mix of skills to provide strategic direction and accountability for the charity.

With the exception of larger organisations, many charities have a board of volunteer trustees or non-exec directors at their heart.  Trustees are the ultimate decision-makers of a charity, and have final responsibility and accountability for its success or failure and the charity’s legal compliance, although much of their role in practice varies depending on the size and complexity of the organisation.  Trustee boards will typically meet four to six times a year, plus committees if needed, to act upon to the most important issues facing the charity, although how involved trustees are can vary quite widely depending on the organisation.

Robin Gill is a trustee at The Chester Bluecoat Charity, which helps to tackle the causes of poverty, disadvantage, and inequality in Chester and its surrounding areas.  Based in the historic Bluecoat building on Northgate Street, it acts as a hub for other charities, gives grants to fund a variety of community and educational projects, and provides accommodation to people in need via its 16 alms houses.   As the city’s oldest charity, The Chester Bluecoat Charity is proud to have carried out its charitable work for more than 800 years.

For Robin, assisting a charity benefiting those in need in the local community was his aim. However, as an experienced Corporate Partner at HM Legal (until recently known as Hillyer McKeown Solicitors), and having previously been a trustee of Chester Students’ Union at the University, he was mindful of the trustees’ personal liability. Robin was careful to ask the right questions before taking on the role, to ensure that the charity had all the necessary insurances in place, to protect both the business of the charity and its volunteer trustees.

The Chester Bluecoat Charity has recently changed its structure and now has a Charitable Company as its trustee, which means the Trustees are Directors of that Company and have Directors’ and Officers’ (D&O) insurance instead of Trustee Liability, but which provides the same level of protection.

​Charity leaders and trustees can be held personally liable for their actions, which could potentially impact their ‘usual’ jobs and livelihoods if they are not adequately protected. This risk may be higher for trustees of unincorporated charities since the boundary between the individual and the organisation is less distinct than it is in incorporated charities operating via a limited liability company. Although a charity leader can face personal legal action in relation to their role, Trustee Liability insurance protects them from exposure for liability arising from their actions as trustees, often in a voluntary role.

Individual and Trustee Liability insurance is designed to protect the Trustees, Directors, Governors, committee members, and officers of a charity, club, association, or not-for-profit organisation to cover costs when defending or settling a wide range of claims. A policy will protect you against fines and compensation claims as well as legal costs arising from these claims.

Any trustee can make mistakes or cause accidents. They are only human.

Andy Piggott, MD of Grosvenor “We are often approached by Trustees, asking for advice about personal protection when becoming a Trustee. We will have a discussion on what is in place with the charity and often they are covered by a current policy.   On occasions, we find they have no insurance policies in place, and this leaves the Trustees vulnerable financially.    We will then have a conversation with the charity about Trustee Liability and look at their overall insurance policies to make sure they have the best cover in place.”

Grosvenor Insurance Brokers specialises in Charity Insurance including Trustee Liability.   They are fully independent and don’t charge charities for a consultation.  The Managing Director of Grosvenor, Andy Piggott, believes it is important to give back to your local community, very similar to Robin Gill.    Andy has spent several years on the Executive Committee of the Chester Business Club.

Robin’s advice is simple. “If you want to become a Trustee, make sure you understand the legal duties and responsibilities you’re taking on, and do your homework on the Charity first.   If you are being interviewed for the role by existing Trustees, do remember the interview is a two-way conversation to make sure it is right for both of you.  The work of a trustee can be extremely rewarding. If you have a skill set that will benefit the Charity, and a personal connection, then it really is the perfect match.”

Further information on becoming a Trustee:

This website uses cookies to improve your experience while you navigate through the website. Out of these, the cookies that are categorized as necessary are stored on your browser as they are essential for the working of basic functionalities of the website. We also use third-party cookies that help us analyze and understand how you use this website. These cookies will be stored in your browser only with your consent. You also have the option to opt-out of these cookies. But opting out of some of these cookies may affect your browsing experience.
Necessary Always Enabled
Necessary cookies are absolutely essential for the website to function properly. This category only includes cookies that ensures basic functionalities and security features of the website. These cookies do not store any personal information.
Non-necessary
Any cookies that may not be particularly necessary for the website to function and is used specifically to collect user personal data via analytics, ads, other embedded contents are termed as non-necessary cookies. It is mandatory to procure user consent prior to running these cookies on your website.
SAVE & ACCEPT
Social media & sharing icons powered by UltimatelySocial